Book Trailer for ANY WAY YOU SLICE IT

Cover Reveal for The One Thing by Marci Lyn Curtis

I can't tell you how thrilled I am to be a part of Marci Lyn Curtis's cover reveal for THE ONE THING. First of all, she is one of the sweetest authors I know, and second of all, her book absolutely rocks. I had a chance to read a pre-copy edited version and I absolutely fell in love with Marci's characters. I can guarantee this is one to put on your TBR and most anticipated list!

Without further ado, here's the cover--isn't it gorgeous!! 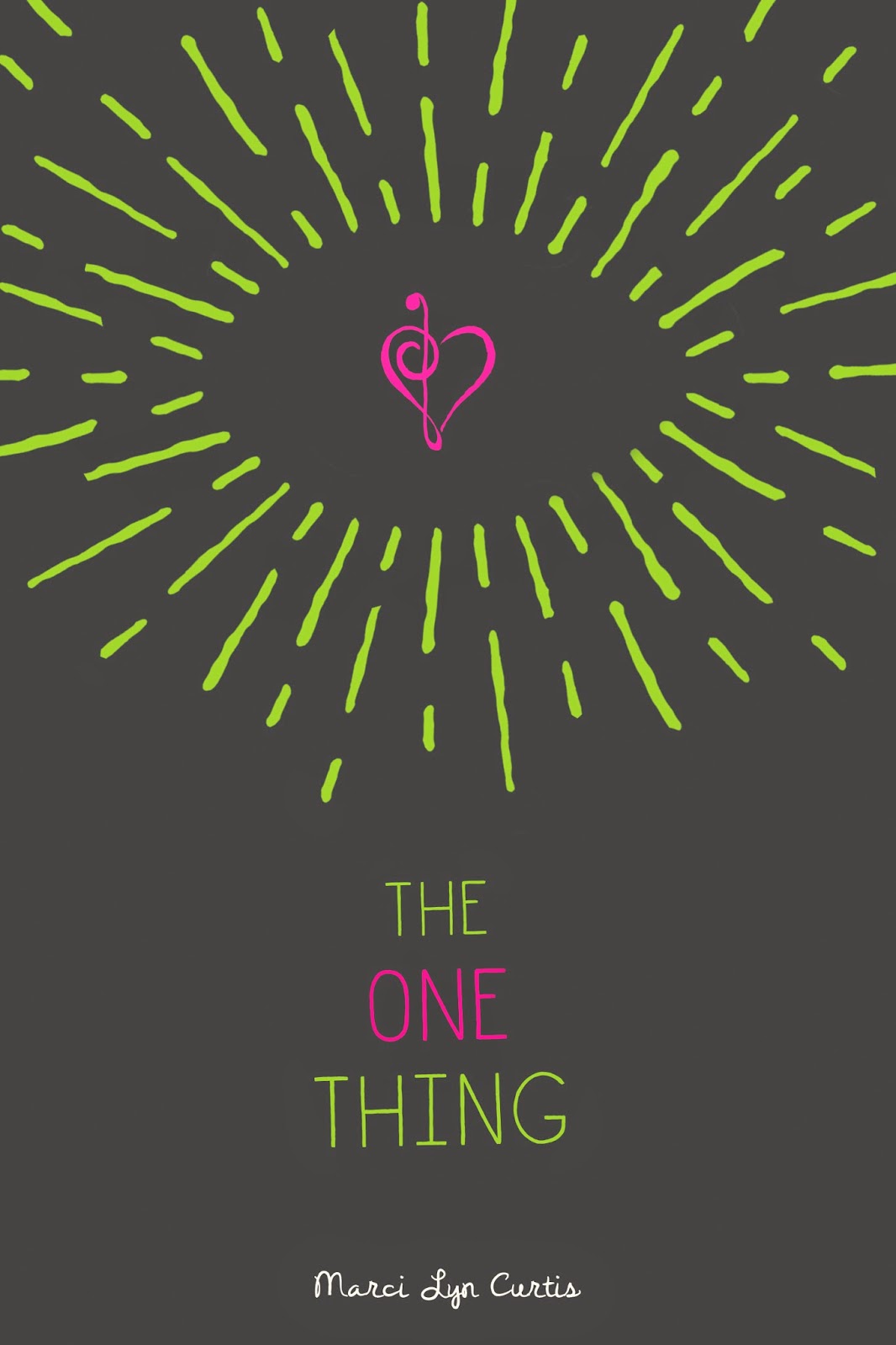 A soaring tale of life and love, of sacrifice and renewal, and learning to see people as they really are.
Maggie Sanders might be blind, but she won't invite anyone to her pity party. Ever since losing her sight six months ago, Maggie's rebellious streak has taken on a life of its own, culminating with an elaborate school prank. Maggie called it genius. The judge called it illegal.
Now Maggie has a probation officer. But she isn't interested in rehabilitation, not when she's still mourning the loss of her professional soccer dreams, and furious at her so-called friends, who lost interest in her as soon as she could no longer lead the team to victory.When Maggie first meets Ben, she thinks she can add crazy to her list of problems. But the precocious ten-year-old isn't a hallucination. Maggie can actually see him. She immediately befriends the kid, desperate for any chance to see again.

It turns out Ben's older brother is Mason Milton, the the ridiculously hot lead singer of Maggie's new favorite band. Music is the first thing that has made Maggie feel alive since losing her sight. But when she learns the real reason she can see Ben, Maggie must find the courage to face a once-unimaginable future...before she loses everything she has grown to love.

Marci Curtis grew up in Northern California, where she went to college and met an amazing guy in a military uniform. Two college-aged kids and one dachshund later, she lives in Maryland, where she laughs too loudly and eats peanut butter off spoons. Her YA contemporary debut, The One Thing, comes out September 8th, 2015 via Disney-Hyperion. Learn more about her at Marcilyncurtis.com.