I've been attending NESCBWI (Society of Children's Book Writers and Illustrators--New England) conferences since 2008. The first two years I attended in Nashua, and I commuted. I dropped my daughter with my parents and only spent the days on site.

In 2010 and 2011, in Fitchburg, even though it's close to home, I convinced my husband that since FOUR of us would be sharing a room, it would be worth it. That I'd get more out of the conference by spending the night. And he believed me. After the first year of conference, I volunteered--first at the registration table, then as a handler.

This year, was my sixth conference. The second in Springfield. Two years ago, Joyce Shor Johnson asked me if I'd like to co-chair with her. Having had conference experience (I chaired the NACA New England--aka National Association for Campus Activities--in 2000), I was interested. I came home from Fitchburg that year with a big question. Did I really want to co-chair this conference?

How does it really get better than this???

I spent ten minutes chatting with agent Brooks Sherman outside the Ballroom. Sharon Creech said my name (OMG and she followed me on twitter!!). Joyce and I spent an hour gossiping with Sudipta Bardhan-Quallen, I ate dinner with Jennifer Laughran, Lauren MacLeod, Brooks Sherman, Sarah Albee, Nova Ren Suma, Taryn Albright, and Linda Epstein...and actually managed not to freeze in the headlights. I mean can you imagine??? I got a chance to see twitter friends for the first time in person. Someone called me fashion plate (and if you know me, you know how unlikely that is!).

The process for NESCBWI is that you spend a year shadowing, then you're co-chair, then you're director. So I'm gearing up this coming year to direct in 2014. I've already got some ideas. If you've got some, send them to me at nescbwi14@gmail.com.

Six years and a few months ago, I didn't know this organization existed. How did I ever survive without it?

I've been procrastinating writing this post, because I don't think I can begin to do justice to the awesomeness that was SCBWI - New England this year. As the co-director, the conference went by in a frenetic blur, but people tell me the workshops were awesome, the agents and editors were amazing, the volunteers were kick-ass...I'm so grateful to Joyce Johnson for choosing me as her co-director. Save the date for next year--May 2-4, 2014 in Springfield...FYI, call for proposals will be out in early July.

Jonathon Arnston came all the way from Michigan. 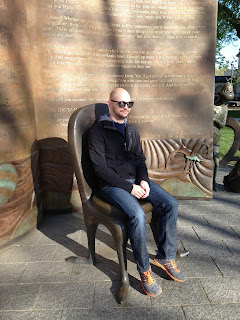 And Taryn Albright came all the way from Kentucky. 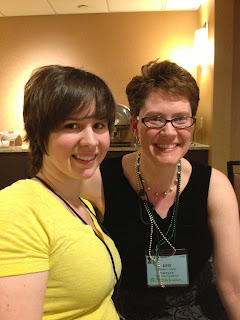 And Sharon Creech was one of our keynote speakers (w/ Joyce Johnson, my amazing co-director). 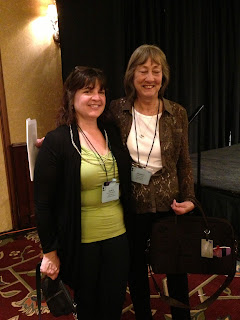 And I got to meet twitter friends in real life (@kiperoo and @MonicaYAWriting aka Kip Wilson and Monica Ropal). 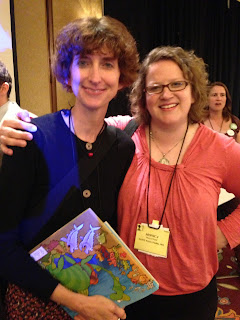 And I went to Nova Ren Suma's workshop on first chapters and met some awesome new writer friends. (And Nova is as wonderful as you would think she is!) 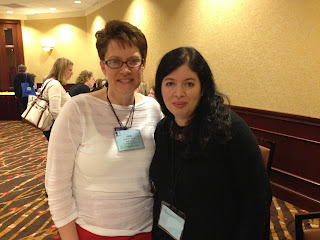 And my friend Ansha had her first signing. 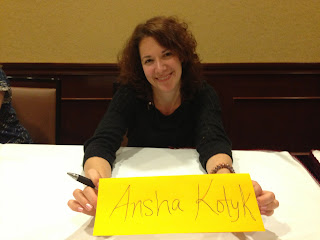 And I'm so excited that NEXT year we'll be working together on the 2014 conference. 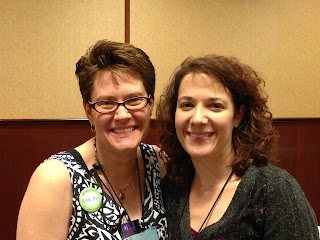 Posted by Kristine Asselin at 8:46 AM 9 comments:

Author Bio and Cover Art for WORST CASE OF PASKETTI-ITIS

I'm still putting my thoughts together about this past weekend's NESCBWI conference. I'm hoping to have a post and pictures up soon. In the meantime, I wrote my new author bio for the picture book last night. My original one was boring and not kid friendly...so this is what will be in the back of the book.

The blurb for the book:

Pasta is the perfect food! There are so many different varieties! Why should Petunia eat anything else? Her mother, her teacher, and even the lunch-lady, warn that she might turn into pasta if she doesn’t try something new. Could she really turn into pasta? Would it be farfalle? Or maybe fettuccini? Petunia finds out, to her dismay, that “you are what you eat.”

What do you think?


Updated Bio for Worst Case of Pasketti-Itis Author Bio
Kristine Carlson Asselin has been eating pasta for more than 40 years. When she was a little girl, her family ate pasta at least once a week. Her favorite varieties were spaghetti with ketchup and her grandma’s baked macaroni. Kristine’s daughter is the inspiration for Petunia’s case of Pasketti-Itis


Kristine is the author of more than a dozen children’s books for school libraries and classrooms. She lives with her husband and daughter in a suburb near Boston. You can find out more about Kristine on her website (www.kristineasselin.com). 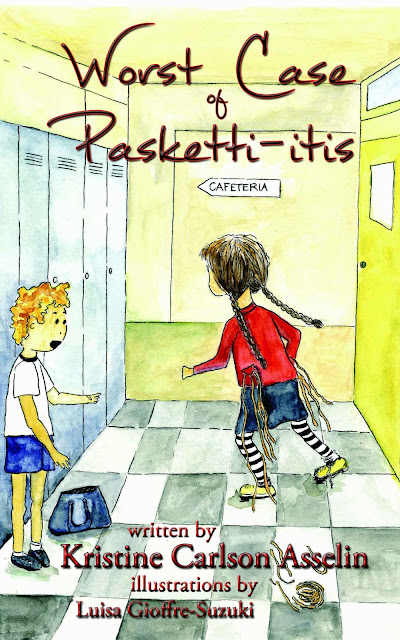 Posted by Kristine Asselin at 7:25 AM 3 comments:

Off to Springfield tomorrow.

I'm so excited I can hardly stand it. NESCBWI starts on Friday. I'm heading out tomorrow for some last minute meetings and to be ready to start bright and early on Friday morning.

In 2008, I attended my first NESCBWI conference, a nervous and excited newbie. In the past five years, I've published my first nonfiction, I've had two agents for my fiction, and I've made lifelong friends who I can't imagine not knowing. I've learned about the craft of writing--I've truly become a writer thanks to SCBWI. In 2013, I'm a different person and a different writer because of this wonderful organization.

This weekend, I go into the conference as the co-director. Part of me is still that shaking and nervous newbie, but I've had a blast this past year working with Joyce Shor Johnson, learning the ropes and working with her to plan and promote. We have a great conference; amazing faculty; great agents and editors; and great team.

I hope to see many of you there. PLEASE say hello! I hope to tweet during the weekend, and process things on the blog next week!